Scottish Voices started in 1991 as a trio of women vocal soloists (Alice Dumas, Amanda Morrison and Taylor Wilson) with Graham Hair as accompanist. Over the years it has slowly evolved into something like a co-operative, involving three generations of singers (35 sopranos and mezzos over the 27-year period), and recent performances and recordings have involved collaborations with male singers as well. The singers have been accompanied by several pianists, organists, harpists, vibraphonists and instrumental duos, as well as, on a few occasions, string quartet, ensemble or orchestra.  The ensemble is based in Glasgow, but also performs in other Scottish venues, eg Edinburgh, Stirling and Aberdeen.

We record for the Ravello label in the United States, and have visited the States several times (and will do again in 2019), and made several visits to the Animusic Congress in Portugal (Braga, Tavira, Porto, Caldas da Rainha), as well as other trips to sing in New Zealand and in Cyprus. Recordings for the Australian labels Move and Tall Poppies and the UK label Nimbus are also in the pipeline.

Our most recent (2018) recorded tracks have included Graham Hair’s Lament for Hagia Sophia (SSAATTBB and electro-acoustic sound), and O Venezia, part 2 (SSAA and harp). Over the years, Scottish Voices has sung in about 20 languages including Latin, Greek, French, Italian, German, Russian and English, not to mention languages as ancient as Aramaic and Hebrew, and contemporary works to wordless syllables or phonetic text. 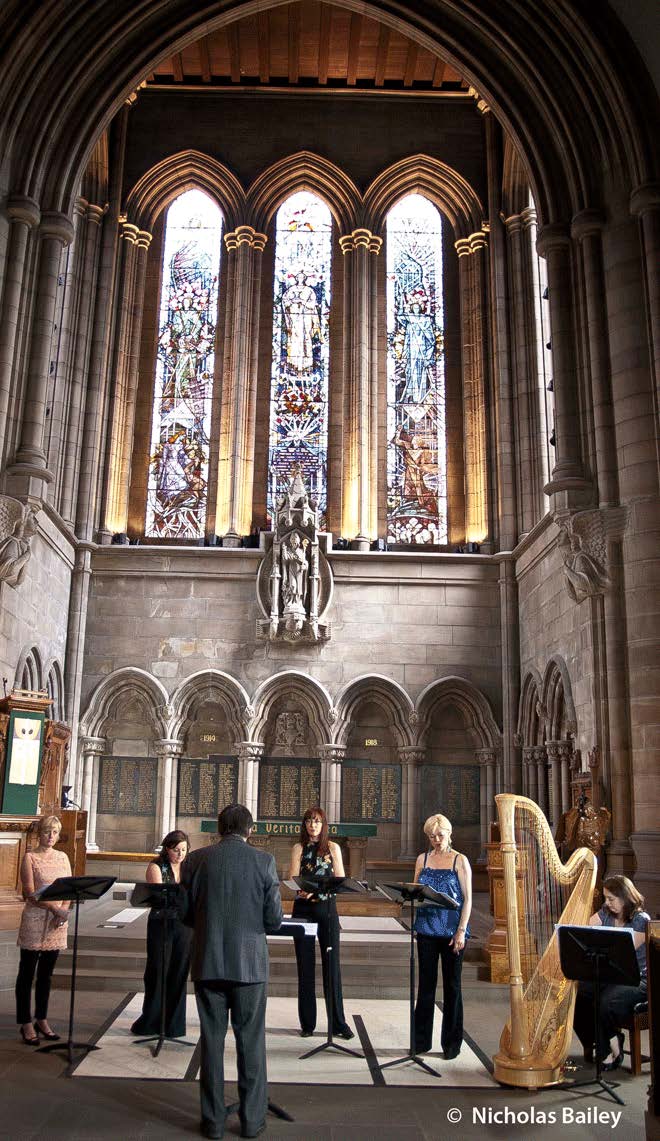 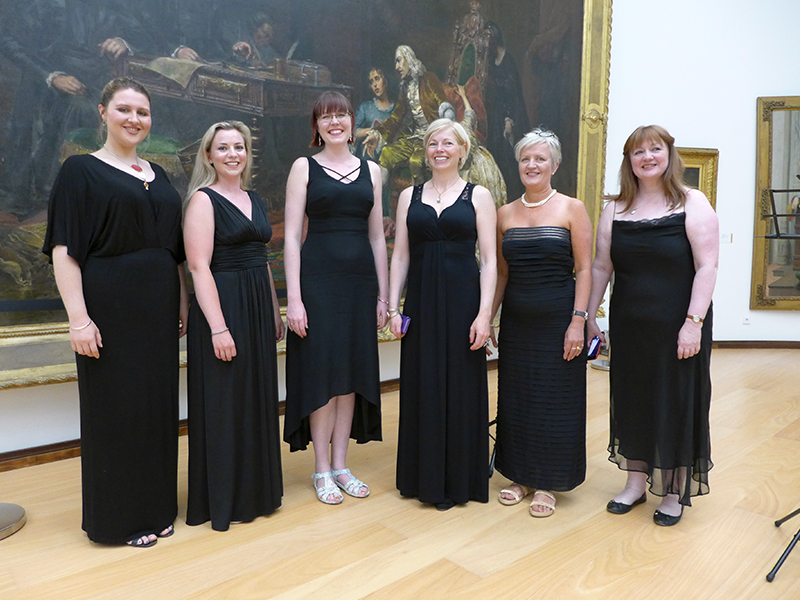