Scottish Voices has conducted a few projects in collaboration with Glasgow’s Russian Choir Russkaya Cappella. Two in particular were recordings of

(1) Alexander Kastalsky’s Requiem for Fallen Brothers, in Graham Hair’s chamber version for choir and string quintet (with the McOpera String Quintet of Scottish Opera), and

(2) the Mass by Roger Sessions (with Kevin Bowyer, organist). 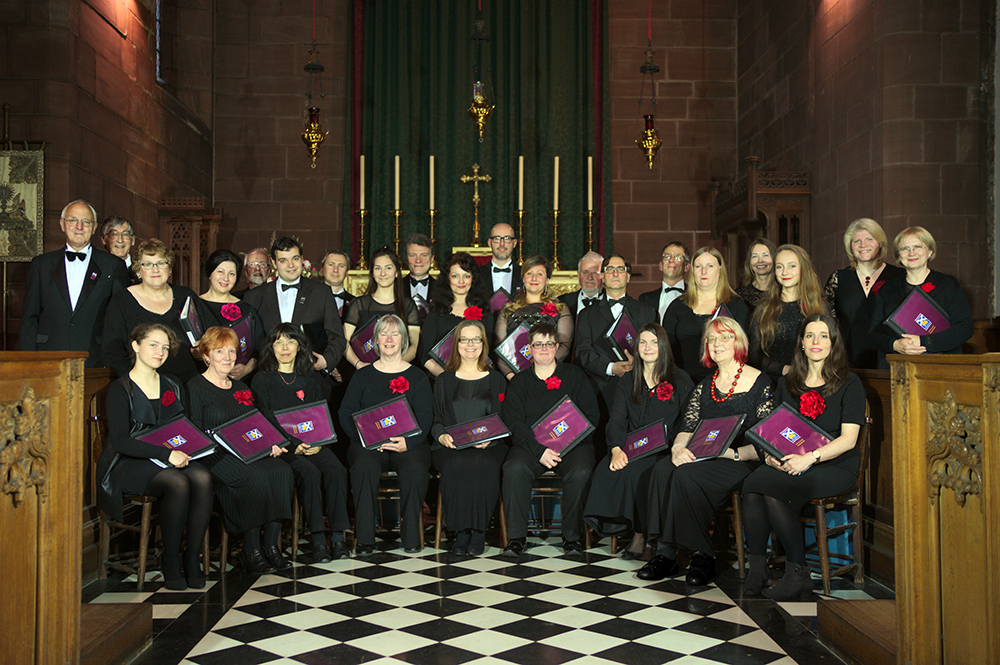 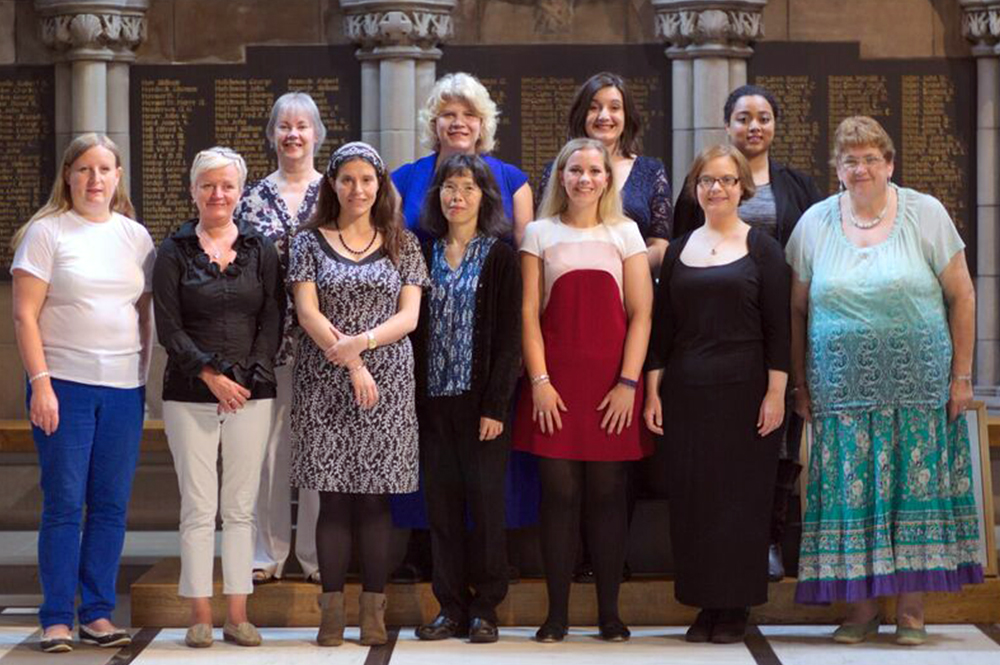 The eleven singers from Scottish Voices and Russkaya Cappella in the Memorial Chapel of Glasgow University following the recording of the Mass by Roger Sessions. 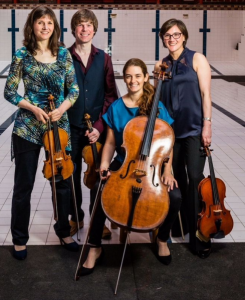 The Kentigern Quartet was formed in 2015 and takes its name from the founder and patron saint of the City of Glasgow.  Violinists Barbara Downie and Feargus Hetherington, violist Nicola Boag and cellist Jessica Kerr bring  their collective experience working at home and internationally to the ensemble.

The quartet has performed at many venues including Chamber Music at the Drake, the BBC Club at City Halls, Aberfoyle Music Club, Glasgow University, Cathedral of the Isles Millport, Glasgow Cathedral, St. Mary’s Cathedral and Renfield St Stephens (Glasgow), the Carrick Centre Houston, Tolbooth Stirling and in a number of informal house concerts.  The Kentigern Quartet counts in its repertoire a wide variety of music from Janacek, Britten, Brahms, Ravel, Mendelssohn and Beethoven to Brubeck and Piazzolla.

The Voyager is the Kentigern Quartet’s recent commission from composer Lewis Murphy, which they premiered at Glasgow University in November 2019.  The quartet would like to acknowledge the support of generous benefactor Roddy Neilson in commissioning this work,written in memory of Alexander William Neilson, and look forward to bringing this new music to audiences across Scotland.

April 2020 sees the Kentigern Quartet performing new works by Graham Hair and Margaret McAllister for string quartet with women’s voices, as an initial component of the Sharing Cultures project with the Scottish Voices ensemble, in Glasgow and Edinburgh.

Scottish Voices is preparing several performances and recordings with the Scottish Clarinet Quartet (SCQ). Details of the four regular members of SCQ (Alex South, Sally Day, Frances Barker and Nicola Long) can be found on the following website:

Scottish Voices‘ director Graham Hair gave a performance of his Mondrian Studies for 4 clarinets at the 2014 ClarinetFest in Madrid, with SCQ‘s director Alex South and several other clarinettists: Henri Bok (from Rotterdam), Ingrid Pearson (from the Royal College of Music in London) and Roslyn Dunlop (from Sydney). Subsequent collaborations (at Glasgow University and in St Bride’s Sunday series in Glasgow) have included Scott Lygate on contrabasss clarinet and mezzo-soprano Beth Taylor.

Alex South also conducted a research project with the Science and Music Research Group of Glasgow University to develop a microtonal Wind Controller for use as an obbligato instrument to accompany Scottish Voices singers in music using the 19-EDO scale.

An account of this project (Making Music with 19 Tones) with a performance of Graham Hair’s Three Songs from the Turkish with soprano Katrina Nimmo is available on the following Vimeo website:

Alex South also appears on the Scottish Voices CD Music From Three Continents in the same work with soprano Frances Morrison-Allen and digital harmonium (the composer), in which Alex accomplishes the extremely difficult task of playing the 19-tone obbligato part on a regular clarinet. 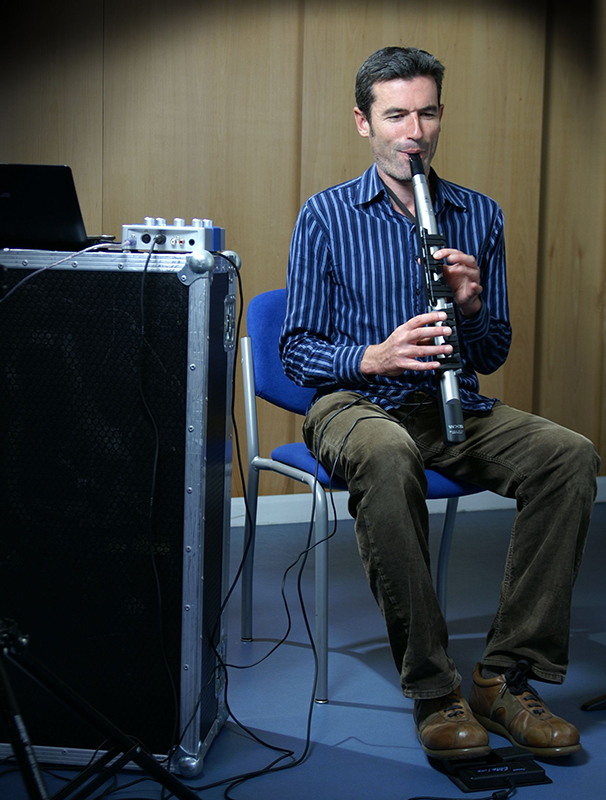 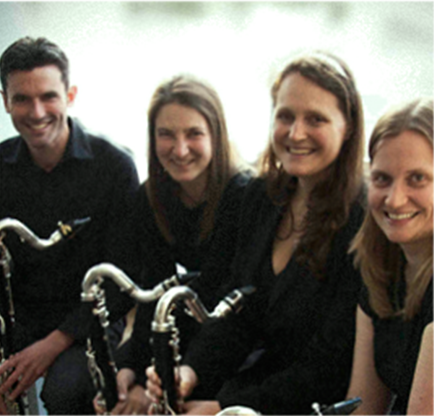 Scottish Voices is called upon to perform in a wide range of idioms, especially when they are pushing the boundaries of what performance practice (at least as far as the main-stream classical repertoire is concerned). In collaboration with the Science and Music Research Group (SMRG) at The University of Glasgow’s School of Engineering, we’ve applied technology to the analysis of rehearsal recordings to gather information about exactly what the performers are doing during the performance. This has taken the form of rehearsal aids, which might be of help to performers who are approaching works written in non-standard scales. Or they might provide the composer with information as to what is realisable practically.

Even the untrained human ear performs the impossible daily. Principal amongst its feats is its ability to identify the time a note starts and its pitch, both very accurately. Using linear techniques which are by far the most widespread throughout signal analysis, the accuracy to which a pitch can be measured is related to how long it is sampled. Broadly speaking, if it is required to know the frequency of a note to an accuracy of 1Hz, it has to be sampled for 1s; to determine its frequency to ¼Hz it needs to be recorded for 4s and so forth. This is referred to as the principal of entropic uncertainty, and makes it very difficult to build computer systems which can identify both the onset time and pitch of a note very accurately.

We would very much like to be able identify note onset times accurately, because once a recording of a performance is marked up, it can be cut into segments automatically and each note analysed. Traditionally, this is done manually by a researcher working at an audio workstation, and takes hours.

The SMRG are developing biomimetic systems which borrow the non-linear processes of hearing to achieve a resolution of about 1Hz within a time of about one-thirtieth of a second, and do so reliably even in the presence of other sounds. The extreme pitch accuracy of the system means it has been tested at [conservatoires in Switzerland] in the study of microtonal inflections by performers of baroque flute music using authentic instruments, but its time accuracy makes it useful for other performance analysis tasks too.

Human perception brings with it layers and layers of baggage. One wouldn’t ever mistake a singer with modest vibrato for one who a rapid sequence of notes a semitone or few apart. So the analysis data from the system has to be properly interpreted. It isn’t simply a matter of measuring frequencies. But at least for the moment, the method does identify characteristics of the performed sound in a way much more relevant to the way humans perceive it than the traditional spectrographic techniques.

Scottish Voices with the Orchestra of Scottish Opera

Scottish Voices has given two performances with the Orchestra of Scottish Opera:

Further photos and other material records of these performances will be added here in due course. 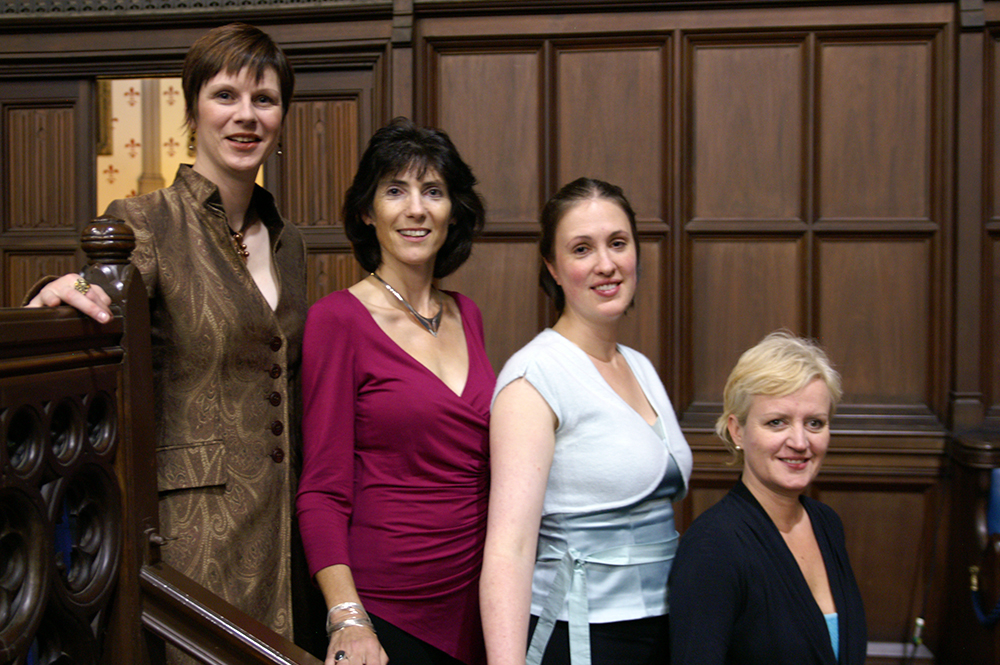 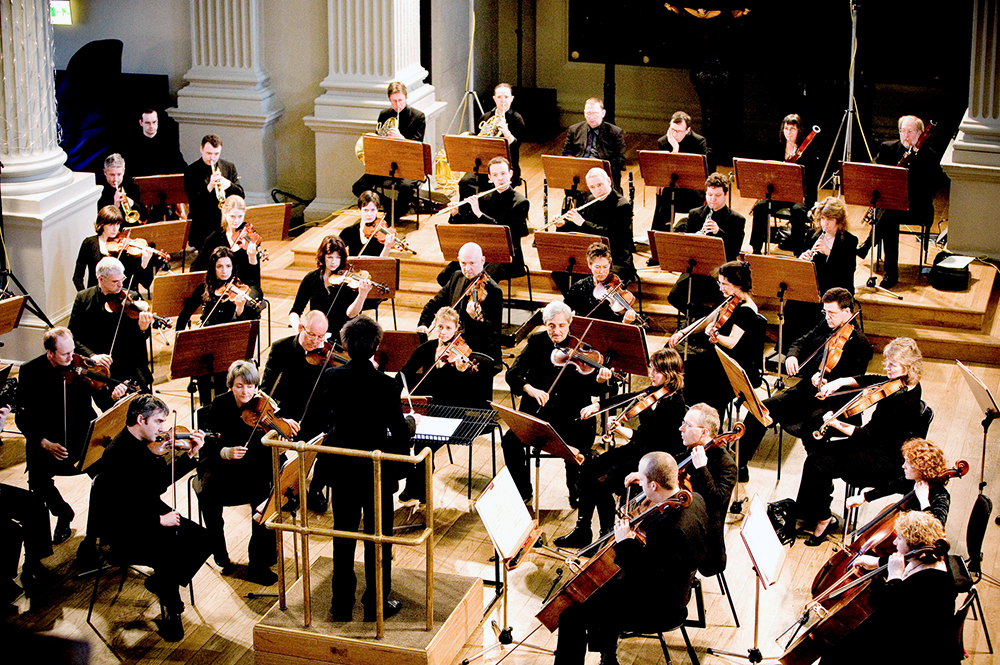 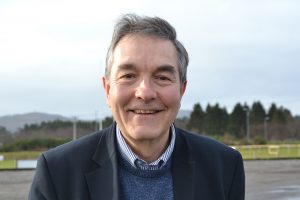 Jonathan Stephens was born in Redruth, Cornwall in July 1951. He studied at the University of Wales (Aberystwyth), where he gained Bachelor, Masters and Doctoral degrees in Music, as well as a Postgraduate Certificate in Education. He is currently Emeritus Professor of Music and Music Education at the University of Aberdeen, Scotland. His compositions have been performed in the UK, Scandinavia, the USA and Canada, and include two works for the late Elisabeth Klein – an international concert pianist and former pupil of Béla Bartók. During the past thirty-five years, Jonathan Stephens has been a regular national and international conference speaker, lecturer, workshop leader and consultant on music and arts education. He has held executive positions with several national and international organisations for music and music education, and has taught in universities and conservatoires and participated in conferences in the UK, Europe, USA, Canada, Australia and Asia. His articles, papers and book chapters have been published in many countries and languages. Jonathan Stephens was awarded an MBE for services to music education in the Queen’s New Year 2017 Honours List (Jonathan Stephens, July 2017).

Two pieces by Jonathan Stephens will appear on the Scottish Voices CD Crossing Musical Frontiers: The Guarding of the God of Life for 4 women’s voices and organ and Paean for organ alone (both with organist Kevin Bowyer).

Paean was composed in 2008 for Roger Williams, then Master of Chapel and Ceremonial Music, and Organist at King’s College, University of Aberdeen. The score is inscribed ‘…to the memory of Chris Cadwur James (1963-2007) – a fellow Cornishman, friend and colleague’.

Chris James had a deep love for family and for Cornwall. His distinguished contribution to the ‘national Celtic spirit of Cornwall’ was honoured in his appointment as a Bard of the Cornish Gorsedd. He was a sympathetic teacher, performer and composer, with a warm, generous personality and a genuine interest in others.

Paean is a celebratory work of thanksgiving for present and past delights, for memories of those who have touched our lives, and for moments of reflection and peace. The composition is a joyful song of praise for all that is good in life, for the beauty and wonder of creation, for friendship, health, productivity and success.

[A ‘Paean’ was originally a choral work or poem, sometimes a plea for safety or a celebration of deliverance and victory. Earlier meanings suggested the act of healing, reflecting the therapeutic qualities of music to calm and restore. In more recent times, the word has been employed more generally as a eulogy or tribute to an individual.]

The Guarding of the God of Life was written in 2014 for Graham Hair and Scottish Voices. The setting is for two sopranos, two mezzo-sopranos and chamber organ or piano. The text was taken from Celtic Spiritual Verse – Poems of the Western Highlanders [number 130, page 110] – translated from the Gaelic by G.R.D. McLean, in the version published by SPCK (London: 1961 / 2002).

The poem entreats the Holy Trinity to guard and sustain the listener throughout life. The composition includes three declarations of the text, and there are other allusions to the three-fold character of God throughout the piece. The opening instrumental introduction sets the context with a triplet figure, before the vocalists introduce each member of the Trinity. Initially, quavers are employed for God, triplet quavers for Christ, and semiquavers for the Holy Spirit. In the second declaration of the text, the quaver and semiquaver figures are interchanged for God and the Holy Spirit – reflecting the unity and equality of the three persons of the godhead. Christ, as the central person of the Trinity, is characterised by triplet figuration throughout the piece. The three-in-one nature of God is further reflected in the final declaration of the text, where each member of the Trinity is introduced by triplet quavers. Here the vocal lines interweave to create a cumulative and unified effect. The text’s Scottish origin is alluded to in the melodic and decorative use of the Scotch snap and further characterised by instances of Celtic (modal) harmony.

Laudate Dominum – Suite for Organ was written during the winter of 1981-82. A performance by organist Kevin Bowyer will appear on a forthcoming Scottish Voices CD of sacred music. The work encourages the listener to praise God with voice, instruments and dancing. The piece looks back to the forms of the Baroque period, with each movement presenting a different way of praising God as described in Psalm 150. The translation employed for this piece is found in the 1662 Anglican Book of Common Prayer, The Psalter, Day 30 / 31 – Evening Prayer:

I Prologue
O praise God in his holiness:
Praise him in the firmament of his power.

III Invention
Praise him upon the lute and harp.
Praise him in the cymbals and dances:

IV Aria
Praise him upon the strings and pipe.